DEAR MOLLY,
We are all upon the ving—Hey for London, girl!—Fecks! we have
been long enough here; for we’re all turned tipsy turvy
Mistress has excarded Sir Ulic for kicking of Chowder; and I
have sent O Frizzle away, with a flea in his ear—I’ve shewn
him how little I minded his tinsy and his long tail—A fellor,
who would think for to go, for to offer, to take up with a
dirty trollop under my nose—I ketched him in the very feet,
coming out of the housemaids garret.—But I have gi’en the
dirty slut a siserary. O Molly! the sarvants at Bath are
devils in garnet. They lite the candle at both ends—Here’s
nothing but ginketting, and wasting, and thieving and
tricking, and trigging; and then they are never content—They
won’t suffer the ‘squire and mistress to stay any longer;
because they have been already above three weeks in the house;
and they look for a couple of ginneys a-piece at our going
away; and this is a parquisite they expect every month in the
season; being as how no family has a right to stay longer than
four weeks in the same lodgings; and so the cuck swears she
will pin the dish-clout to mistress’s tail; and the house-maid
vows, she’ll put cowitch in master’s bed, if so be he don’t
discamp without furder ado—I don’t blame them for making the
most of their market, in the way of vails and parquisites; and
I defy the devil to say I am a tail-carrier, or ever brought a
poor sarvant into trouble—But then they oft to have some
conscience, in vronging those that be sarvants like themselve
—For you must no, Molly, I missed three-quarters of blond
lace, and a remnant of muslin, and my silver thimble; which
was the gift of true love; they were all in my workbasket,
that I left upon the table in the sarvants-hall, when
mistresses bell rung; but if they had been under lock and
kay, ‘twould have been all the same; for there are double keys
to all the locks in Bath; and they say as how the very teeth
an’t safe in your head, if you sleep with your mouth open—And
so says I to myself, them things could not go without hands;
and so I’ll watch their waters: and so I did with a vitness;
for then it was I found Bett consarned with O Frizzle. And as
the cuck had thrown her slush at me, because I had taken part
with Chowder, when he fit, with the turnspit, I resolved to
make a clear kitchen, and throw some of her fat into the fire.
I ketched the chare-woman going out with her load in the
morning, before she thought I was up, and brought her to
mistress with her whole cargo—Marry, what do’st think she had
got in the name of God? Her buckets were foaming full of our
best bear, and her lap was stuffed with a cold tongue, part of
a buttock of beef, half a turkey, and a swinging lump of
butter, and the matter of ten mould kandles, that had scarce
ever been lit. The cuck brazened it out, and said it was her
rite to rummage the pantry; and she was ready for to go before
the mare: that he had been her potticary many years, and would
never think of hurting a poor sarvant, for giving away the
scraps of the kitchen. I went another way to work with madam
Betty, because she had been saucy, and called me skandelus
names; and said O Frizzle couldn’t abide me, and twenty other
odorous falsehoods. I got a varrant from the mare, and her box
being sarched by the constable, my things came out sure enuff;
besides a full pound of vax candles, and a nite-cap of
mistress, that I could sware to on my cruperal oaf—O! then
madam Mopstick came upon her merry bones; and as the squire
wouldn’t hare of a pursecution, she scaped a skewering: but
the longest day she has to live, she’ll remember your
Humble sarvant, W. JENKINS BATH, May 15.
If the hind should come again, before we be gone, pray send me
the shift and apron, with the vite gallow manky shoes; which
you’ll find in my pillowber—Sarvice to Saul—
--
AIOE °¿°
p***@gmail.com
Permalink
Post by ADPUF
Il giorno giovedì 6 aprile 2017 20:23:46 UTC+2, Yoda ha
Post by Yoda
Post by p***@gmail.com
Ho provato anch`io a calcolare (a spanne) la distanza dal
francese all`inglese estraendo le parole di origine
neolatina nel primo articolo citato: su circa 380 parole
singole, sono 188 (49%).
Interessante, ma dovresti toglierci preposizioni e articoli, o no?
Prendendo in considerazione il primo paragrafo di questa voce
https://en.wikipedia.org/wiki/Semiconductor
Numero totale parole (contando anche le ripetizioni): 113
Di origine francese (o neolatina o classica): 52
Percentuale: 46%
Eliminando le ripetizioni e le particelle e le preposizioni
Numero termini simil-francesi : 45
Ovviamente si tratta di argomento tecnico-scientifico, non
molto rappresentativo di un testo normale.
Ovviamente l`inglese dovrebbe essere la lingua scientifica "par excellance" ;-)
Post by ADPUF
“To carry the banner” means to walk the streets all night; and
Innanzitutto partiamo dal titolo (ho notato che i titoli sono in percentuale molto "francesizzati"):

“Wot?” he answered, recoiling from me. “An’ get run in fer
three months! Blimey if I do!” 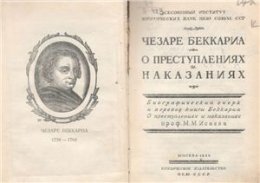 "On the Origin of Species by Means of Natural Selection, or the Preservation of Favoured Races in the Struggle for Life" (80%)